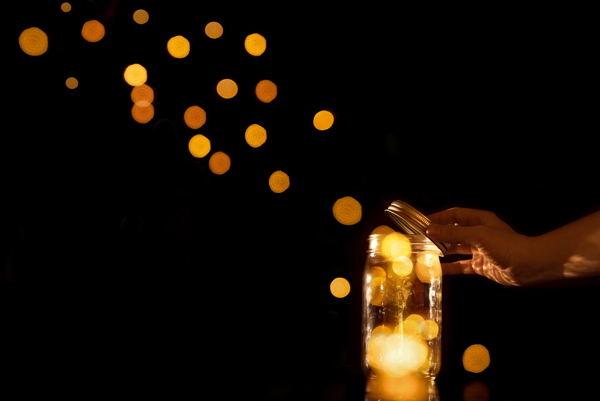 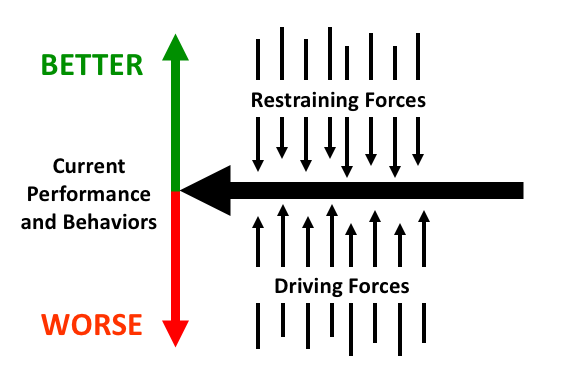 Force field analysis engages teams of people affected by a specific change to list, discuss and assess the relative strengths of these two sets of forces.

The assumption is that the current system is capable of delivering more results if people are driven harder by rewards and fear. This is the complete opposite of Lean.

While focusing on driving forces can yield results in the short term, it runs out of gas quickly. Pushed to an extreme, it has disastrous consequences. Think Volkswagen and Wells Fargo. Employees there met goals by doing illegal and unethical activities that severely damaged the companies’ brands and cost millions, even billions, in fines and penalties.

Lean assumes that people want to improve and succeed and are held back by system forces beyond their control. Typical restraining forces are:

Lean thinking and tools focus on identifying and eliminating these restraining forces. For example:

The real benefit of throwing out big, hairy goals, for example, “Reduce errors by 80 percent in 2019,” is to identify the restraining forces that make it “impossible!”

Setting a big, hairy goal and just hoping people accomplish it can be demotivating or, as we saw at Volkswagon and Wells Fargo, disastrous.

Knowledge is a small component of any improvement effort. Knowing a better way to do something doesn’t mean someone can actually do it in their workplace. This is why so many change efforts based on ground-up training die a horrible, slow death. These efforts cast training as a driving force and as the old saying goes, “You can’t push with a rope.”

What are you trying to improve today? How are you identifying and removing restraining forces? Are you solely relying on driving forces, in particular, training, to make it happen?