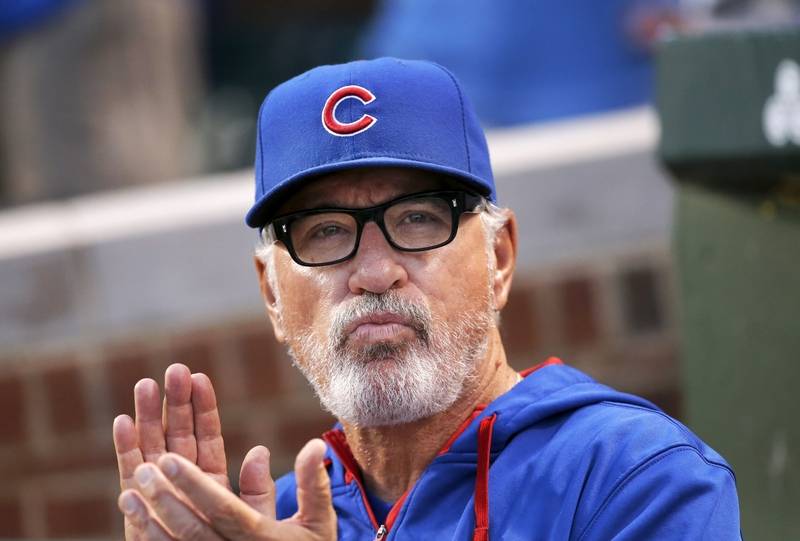 After the Red Sox lost the American League Championship Series, it was an easy decision to root for the Chicago Cubs in the World Series.

Why? Joe Maddon, their manager, is clearly someone who thinks and practices Lean.

He’s known for his lengthy team meetings and press conferences and liberally sprinkles them with aphorisms and koans. Here are a few examples that reveal his Lean nature.

This is a tee shirt Joe Maddon regularly wears and screams ‘LEAN!’. He doesn’t want his players to overcomplicate their jobs and continues by saying “I don’t want extra work. I don’t want too much information.”

Lean is all about eliminating non-value-added activities and waste that take time, energy and focus away from what’s really important, i.e., what the customer is willing to pay for. For the Cubs, those customers are fans hungry for a trophy after 107 seasons who watch the team (tickets and advertising revenue) and buy merchandise.

With all the distractions, hype and expectations being placed on his team, simple is essential.

The distance between bases is 90 feet and this slogan encourages players to hustle at all times. In fact, ‘respecting 90’ was responsible for a Cub getting a base hit in Game 2 when a ground ball got bobbled for one second by the Indian second basemen.

Baseball, like business, is overflowing with mostly useless statistics that confuse rather than clarify. A few simple, visual signals that easily communicate what’s happening right now are much more effective than a blizzard of reports you have to wait for and wade through.

I’m sure Joe Maddon, sitting in the dugout, watches his players run the bases and assesses their current mood by how much hustle he sees. Then, he adjustments; a pep talk here, a player change there.

While Maddon was specifically referring to the sidearm pitching delivery of one of his relievers, it shows his acceptance and appreciation for eccentric methods.

People often worry more about how something looks rather than the results it actually delivers. The tendency is to go for the elegant, comprehensive solution that takes years to implement instead of the simple bailing wire and tape one that can be put in place tomorrow.

And loving funk ties in nicely to a final quote.

“You have to have a little bit of crazy to be successful.”

Maddon admits that he is indeed crazy and “crazy” is required for players to succeed.

Lean also requires a bit of crazy. Big hairy goals like cutting defects or cycle time in half drive radical changes to polices, processes and procedures. They require questioning the very assumptions that underpin them.

Sometimes the best improvement you can make to a process is to simply STOP DOING IT, which can sound completely crazy.